IoT platform spending is expected to increase at a compound annual growth rate of 40 percent over the next few years, from $1.67 billion in 2018 to $12.44 billion in 2024, globally. Industry 4.0, the fourth industrial revolution, is just now getting underway and will transform conventional manufacturing methods like never before.

More intelligent sensors are gathering and transferring larger amounts of data at faster speeds, and are now capable of making decisions on the spot. Their agility makes them ideal substitutes for the large software-driven manufacturing execution systems currently in place.

These valuable changes active in manufacturing plants, as a part of Industry 4.0, are substantially boosting manufacturing ROI instead of putting people out of work.

Presently, the bulk of manufacturers considering the use of industrial IoT are focused on assessing what digital infrastructures need to be in place to ensure Industry 4.0 takes off smoothly.

The result? A better, faster ecosystem for companies to process supply chain management in real-time.

How Manufacturers Can Make the Most Out of IoT

Fundamental technologies like AI and blockchain rely on constant access to each other and to the cloud. This process depends on 24/7/365 wireless connectivity, which confers to manufacturers an essential commodity—the ability to obtain accurate, current information, including pricing and contract requirements.

Deleting a primitive central application that determines output, real-time data will now require an explosive increase in data analysis, making it absolutely imperative to create actions around the data gathered.

Still, speed will not hamper accuracy as the intelligence of these machines grows, and only those manufacturers who can make to stock, order and assemble-to-order will win.

In addition to increased efficiency, predictive maintenance will become conventional. No longer will idle time associated with repairs be a concern, because with IoT adaptation, sensors will monitor and analyze multiple signals and alert operators to machines that require servicing.

Since most US manufacturing plants are at least 20 years old, their in-house machines are not equipped to operate in an Industry 4.0 environment (and are also much more prone to breakdowns).

These breakdowns account for up to $50 billion per year in lost manufacturing time, something IoT adaptation can mitigate.

With discrete manufacturing and predictive maintenance, IoT will contribute to the safety of workers by directing them to an emergency evacuation, safeguarding them from serious accidents. With new and improved inventory and equipment tracking, thousands of man hours will be also saved, and businesses will see an expansion in profit without an inflation in data costs.

Industry 4.0 and The Age of 5G Manufacturing: Creating More Jobs

Despite saving man hours, more jobs will be created—those “saved” man hours will be put to use creating jobs that have to manufacture new and smarter devices. With 5G’s multi-trillion-dollar rollout, the number of new jobs predicted for manufacturing alone will triple, according to the World Economic Forum via Forbes.

“Machines and algorithms in the workplace are expected to create 133 million new roles but cause 75 million jobs to be displaced by 2022.” Today, businesses are waking up to the new staffing and organizational demands of IoT.

At the industrial level, IoT will increase the use of robotics, automation, and analytics, creating a higher demand for cognitive occupations, increasing productivity, and producing a more engaging work experience.

As with every industrial revolution prior to Industry 4.0, there will be a net increase in jobs. Technology always opens new opportunities, so we must account for potential job mutations that IoT adaption will continuously bring.

Just like the Amazons of the world emerged after the crash of the dotcom bubble, only made possible by higher internet speeds and faster data transmission, a new era of creative destruction is now on the rise—paving the way for the Amazons and Facebooks of tomorrow.

Healthcare, hospitality, transportation and numerous additional industries will be radically transformed, but only companies taking advantage of IoT will thrive, along with employees who commit to knowledge-intensive sectors.

Vending machines will be gamified so consumers can engage with interactive games to win prizes and create loyalty. Retina scanners can be installed to read customer reactions to gain insight into how they react to different packaging, messaging, colors and games.

IoT will impact additional industries such as healthcare as well, with similar gamification or new devices. Leveraging IoT will allow healthcare providers to make better, faster care decisions including, but not limited to, smart pills, robotics, and Real-Time Health Systems (RTHS).

In the security industry as well, the use of IoT will spike.

Industry 4.0 will transform plants into digital powerhouses, especially as 5G becomes a non-negotiable utility for consumers and dependency on IoT concepts increases.

5G will transmit data faster—which in turn will cause some devices, for various reasons, to work overtime. This will increase costs, and companies won’t realize this until they get the carrier bills at the end of the month and see that the devices went over their allotted MBs.

This makes having the right IoT wireless connectivity partner critical. Platforms must be able to deliver huge amounts of data down to the session level, and be capable of deploying thousands of devices at a time with error-free provisioning.

With 5G Wireless connectivity happening right now, ChoiceIoT is a master agent for T-Mobile, which has already launched 5G in more than 200 cities. Choice IoT can provide the technology and guidance for solution providers to transfer or build their solutions on the network of the future.

As of now, only 14 percent of machines in current US manufacturing plants are equipped to transmit and receive real-time data. Those companies that do not adapt to IoT will compete with existing solutions in the marketplace and become obsolete very quickly.

Solutions providers need to stay ahead of the curve with R&D to make sure they are competitive in the 5G landscape of tomorrow. As they develop solutions that can take advantage of 5G, they can also increase their profitability and relevance in the marketplace.

Due to intense competition among the wireless carriers, 5G costs are not predicted to increase. There are also no cost increases due to carrier competition or the data itself, but the opportunity for expansion of data and overload, and increased number of devices utilizing the technology will result from dramatic increases in speed.

The key to controlling data costs is to get data scientists to evaluate the data and see what data solutions bring cost savings. With Edge Computing, for example, smarter devices and sensors will reduce the need for data to be brought to a central cloud to be analyzed.

Along with data monitoring, using alerts and analysis forms a good connectivity platform that can help businesses see where the data leakage is happening and if that data is relevant.

For example, the vending machine, a common and universally manufactured product, is closely tied to micro markets. This automated, self-checkout technology operates unattended, keeping labor costs down—but would not be possible without a connectivity partner with a real-time IoTSaaS or IoTPaaS to help control devices at the platform level by receiving notifications of rogue or stolen devices incurring roaming charges. Without such partners, these micro markets could lose the momentum gained by heavy carrier charges.

This fourth industrial revolution was precipitated by the transition from handwork, to machinery (in the late 18th century), to computerization (that began in 1950). This is a very exciting time, as devices are able to communicate with each other and make decisions without the data having to pass through a central server. This greatly increases the scope and possibilities of new solutions being developed in the marketplace, and consumers will benefit from a better quality of life.

With IoT and artificial intelligence (AI) converging to form a powerhouse of smart manufacturing, there is no pause in its arrival. Experts also predict that the total bill for the 5G rollout, globally, will exceed $2.7 trillion by the end of 2020.

Darren Sadana, CEO of Choice IoT, Master Agency for T-Mobile. T-Mobile has already launched 5G in over 200 cities—and Sadana’s first-in-industry IoTSaaS is providing the new era of wireless connectivity control of costs for millions of Internet of Things devices within new smart cities as well as the transportation, healthcare, manufacturing, security, retail, hospitality, engineering & energy industries in the US and globally.

By Nicholas Donarski, CEO and Founder, ORE Sys, LLC Over the past few years, non-fungible tokens, or NFTs, as they are more commonly referred to,…

7 cybersecurity tips to start the year off right   By Juta Gurinaviciute, Chief Technology Officer, NordVPN Teams A study by PwC shows that 50% of… 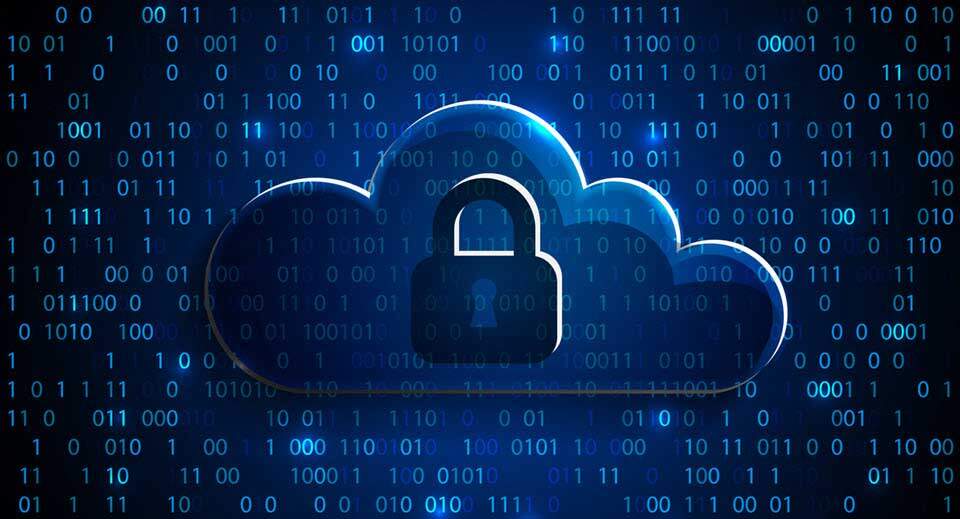 By Brian Wilson, Director of Information Technology, BitTitan As more enterprises begin migrating to the cloud, the question of cybersecurity is increasingly urgent. While cloud…

By Mark Kirstein, Vice President, Products at BitTitan For many people, the New Year is a time for reflection on the year gone by and…